From architecture to greenery, a unitary project resulting from the genius of Luigi Vanvitelli

Just like the Palace, the Royal Park owes its origins to Luigi Vanvitelli and his son Carlo: it was built at the behest of King Charles of Bourbon and his very young successor Ferdinand IV. The project combines Italian Renaissance models with French-style solutions, introduced in Versailles by the architect André Le Nôtre. The central axis, consisting of the Via d’Acqua, completes the so-called “spyglass effect” of the portico of the Royal Palace, ideally joining the Royal Palace to Naples through what is now Viale Carlo III. The absolute protagonist of Vanvitelli’s project is the water that reaches the Park thanks to the 38 kilometers of canalizations of the Caroline Aqueduct. The 76 hectares of the San Silvestro Wood and the 23 of the English Garden complete an articulated and evocative landscape system. 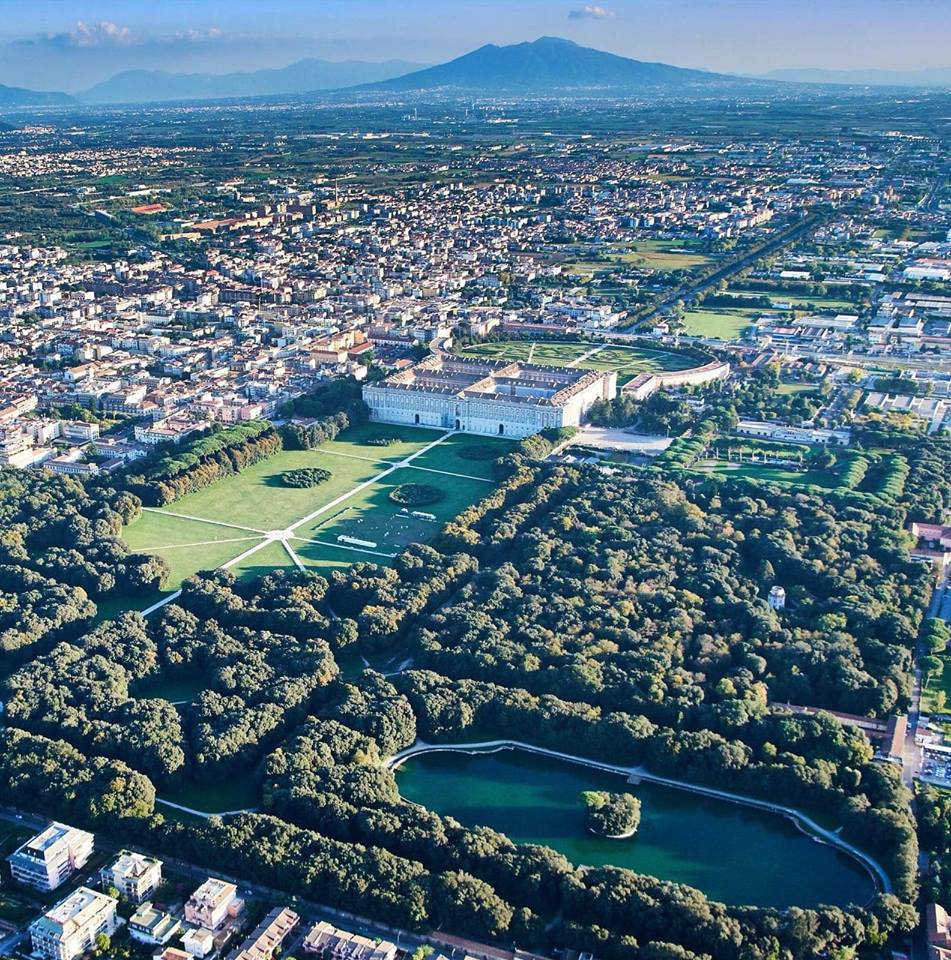 At the time of the death of Luigi Vanvitelli in 1773, only the flat part of the park was close to its completion. The complex was completed by his son Carlo with substantial changes from the original project. The financial hardship that characterized the decades following the departure of King Charles for Spain considerably slowed down the construction of the complex and forced the Vanvitellis to downsize the ambitious original project. According to the Declaration of Drawings’ blueprints – presented to the royal family in 1756 – the Royal Park was to be animated by nineteen fountains, plumped by the Caroline Aqueduct. In 1753 the area was delimited and the first trees were planted. Starting from the Royal Palace, according to the original design, two hanging gardens dedicated to Flora and Zephyr had to be arranged on the short sides, with octagonal fountains in the center. To the east, a lawn area was to develop with the fountains of Cupid and Psyche, or of Narcissus and Echo. To the west, near the Bosco Vecchio (old wood), there was supposed to be an Italian garden with an orange grove. In the center, the vast parterre concluded by the “circular theater”, was to house the Fountain of the Royal Rivers and four other smaller fountains, a tribute to the power of the royal family. A series of decorative boxwood motifs called broderies, inspired by those introduced in France by Antoine-Joseph Dézallier d’Argenville in La théorie et la pratique du jardinage (1709), also had to show on the large surface of the parterre. 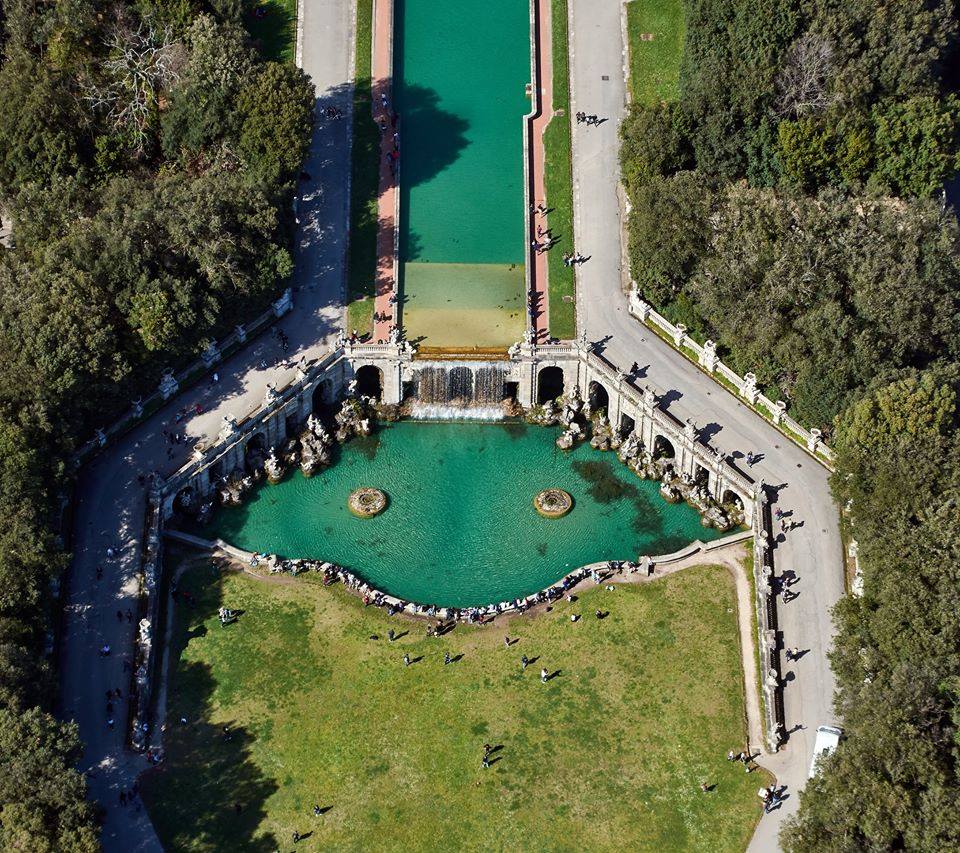 Despite the changes made, Carlo Vanvitelli was able to maintain the spirit of his father’s design, blending the typical elements of the Baroque garden with greenery and marble: theatricality, illusion, wonder and enchantment of the senses. The new Royal Park project was presented to King Ferdinand IV on March 14, 1777. It is at this time that two bridges were built nearby the villages of Ercole and Sala. Their construction allowed Carlo Vanvitelli to respect the original extension of the park, without affecting the viability of the area. Other changes occurred following the French Occupation, and in particular in 1818, when forceful intervention was made in the Bosco Vecchio area. 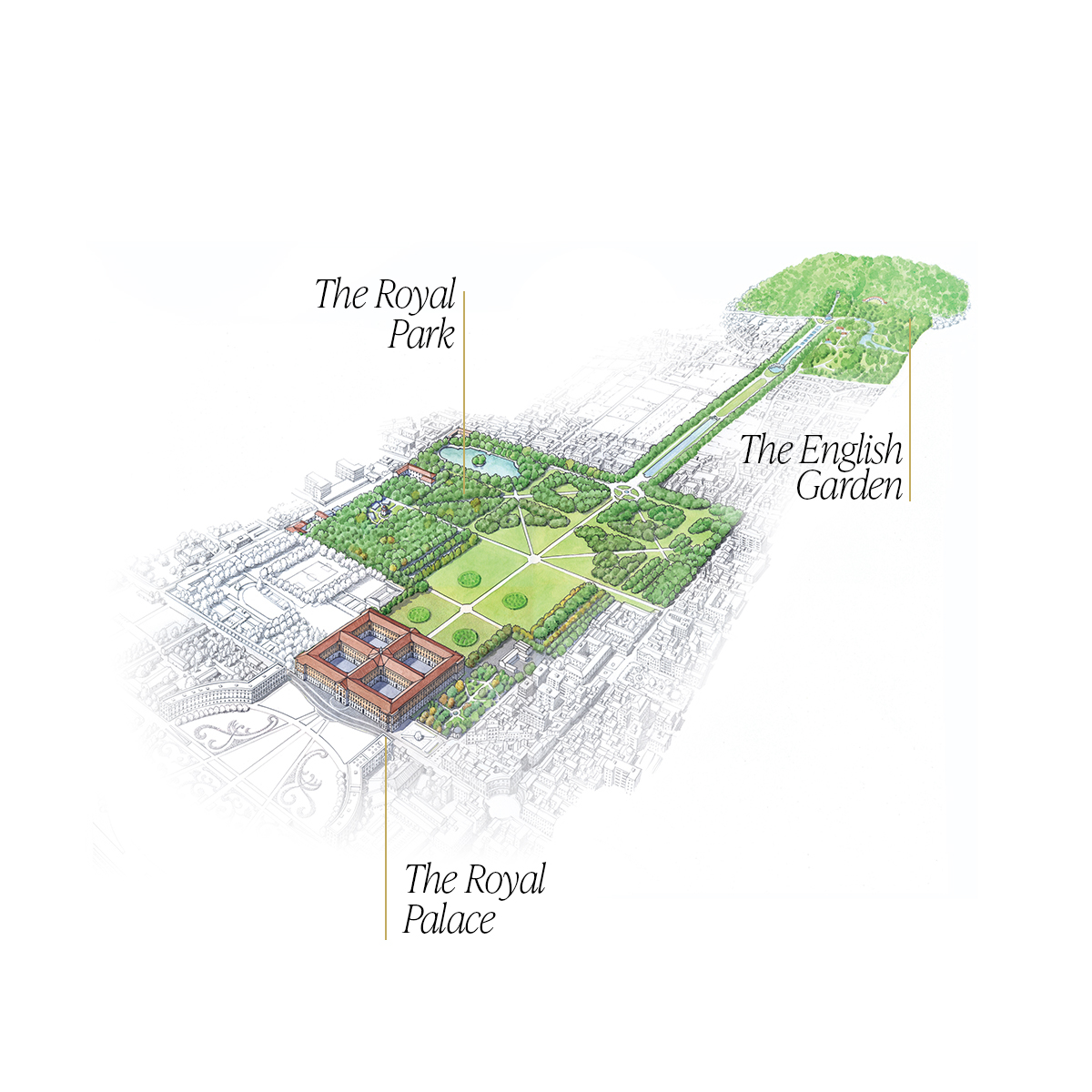 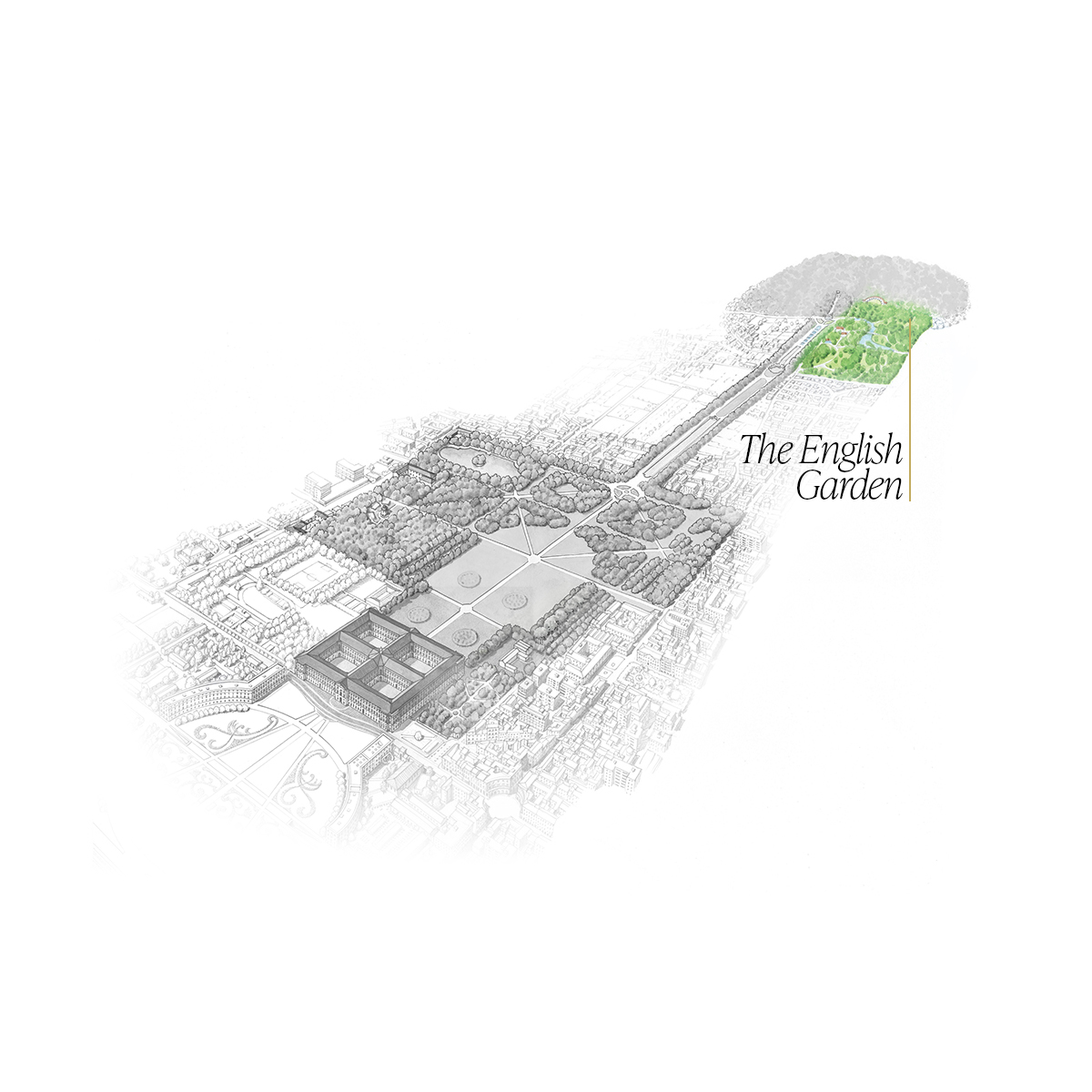 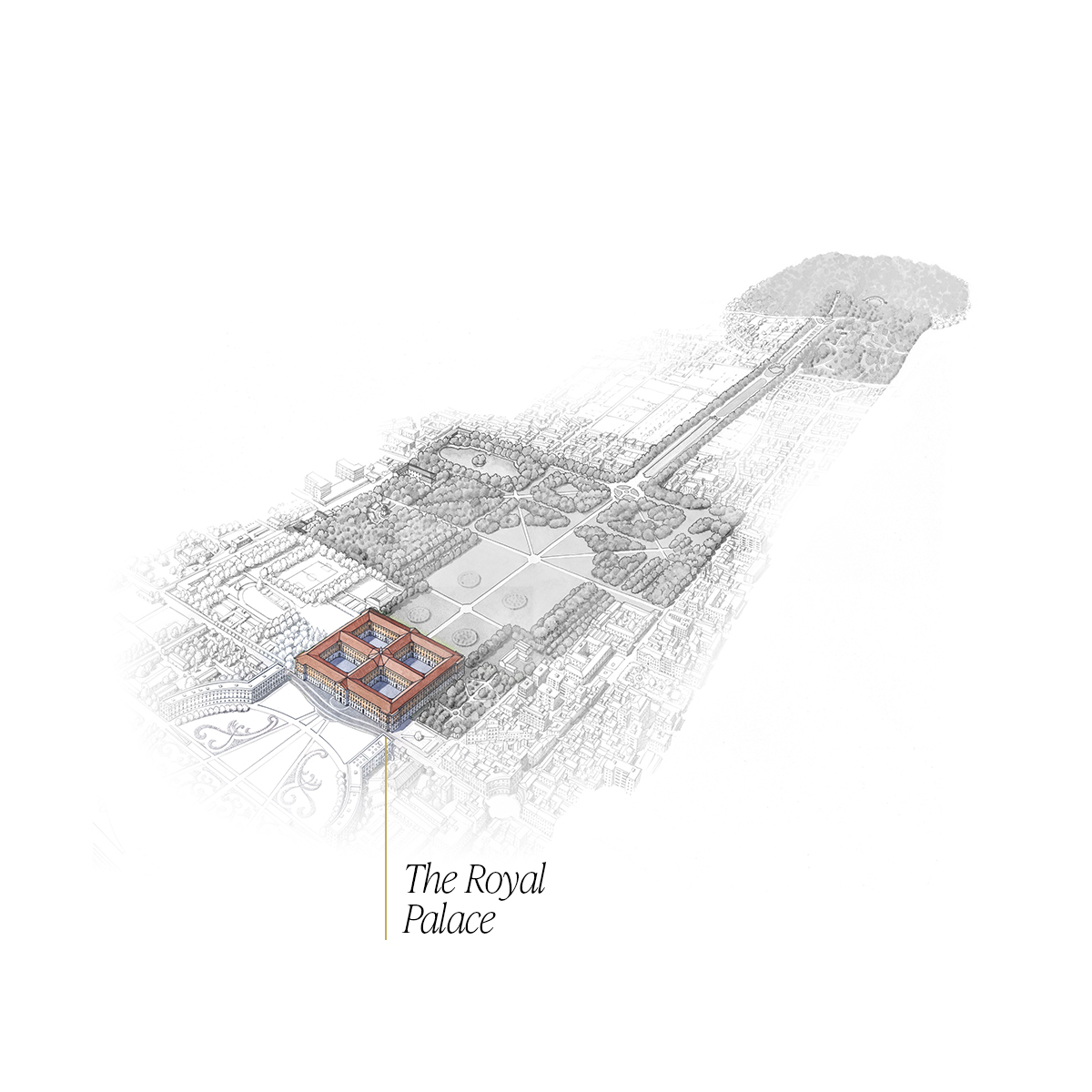 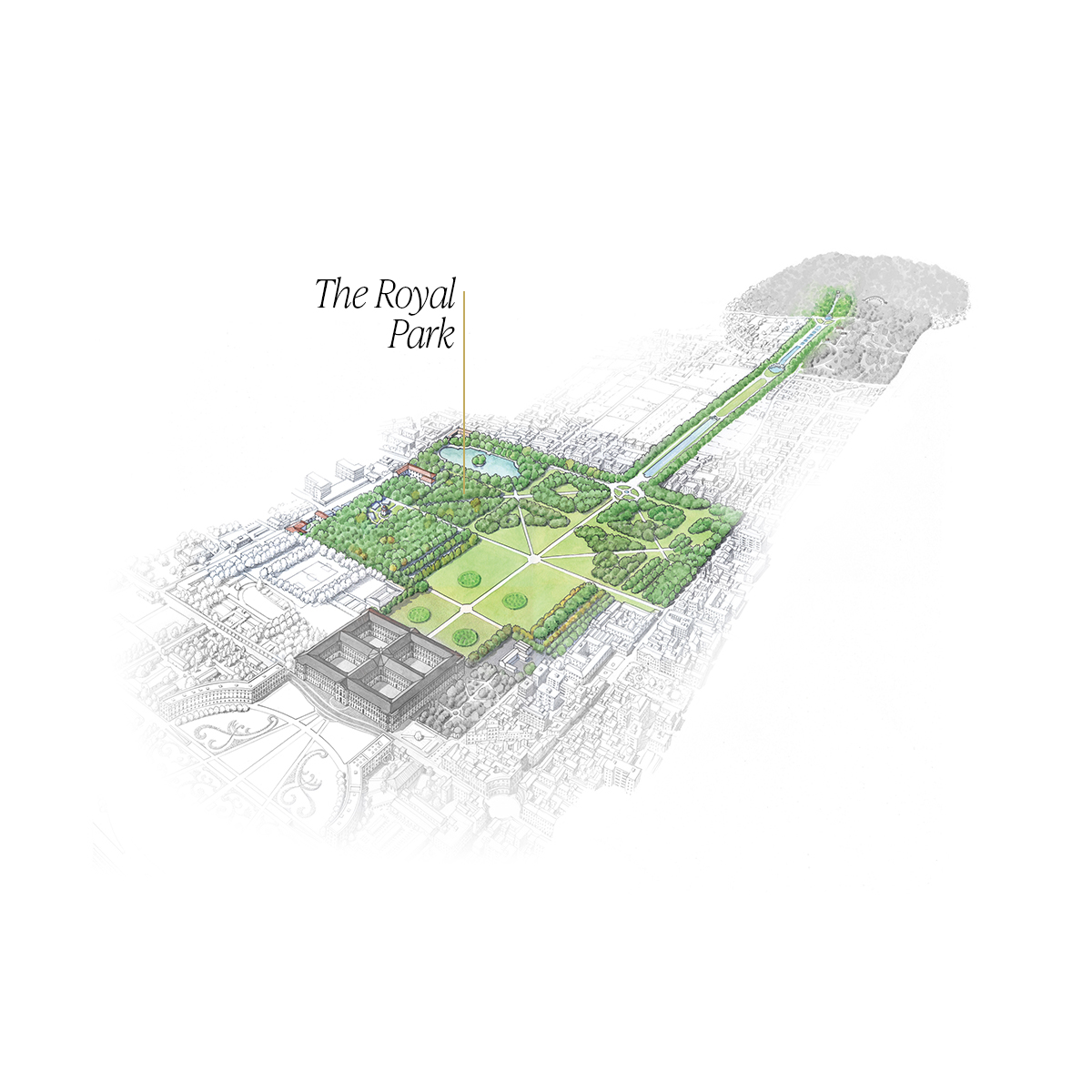 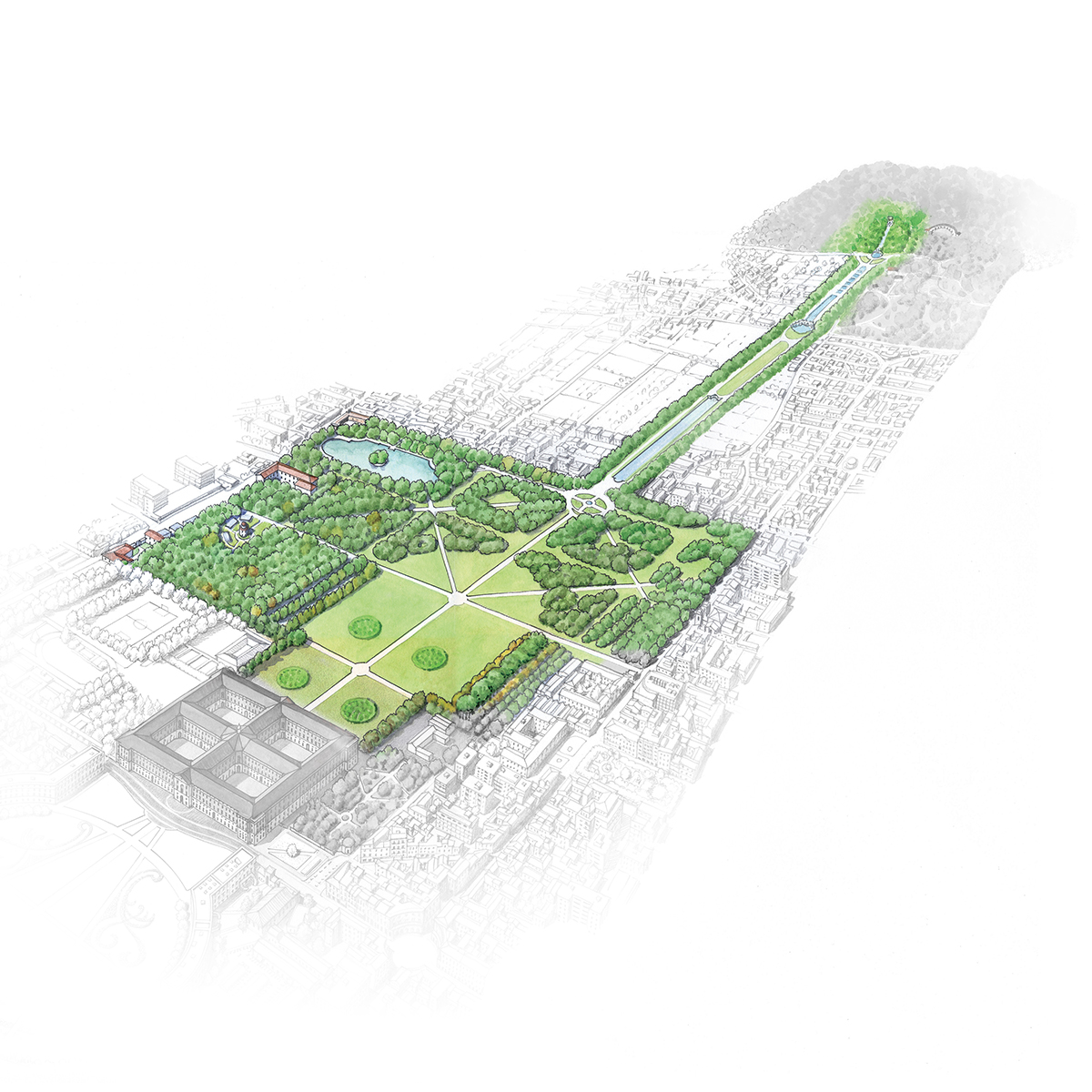 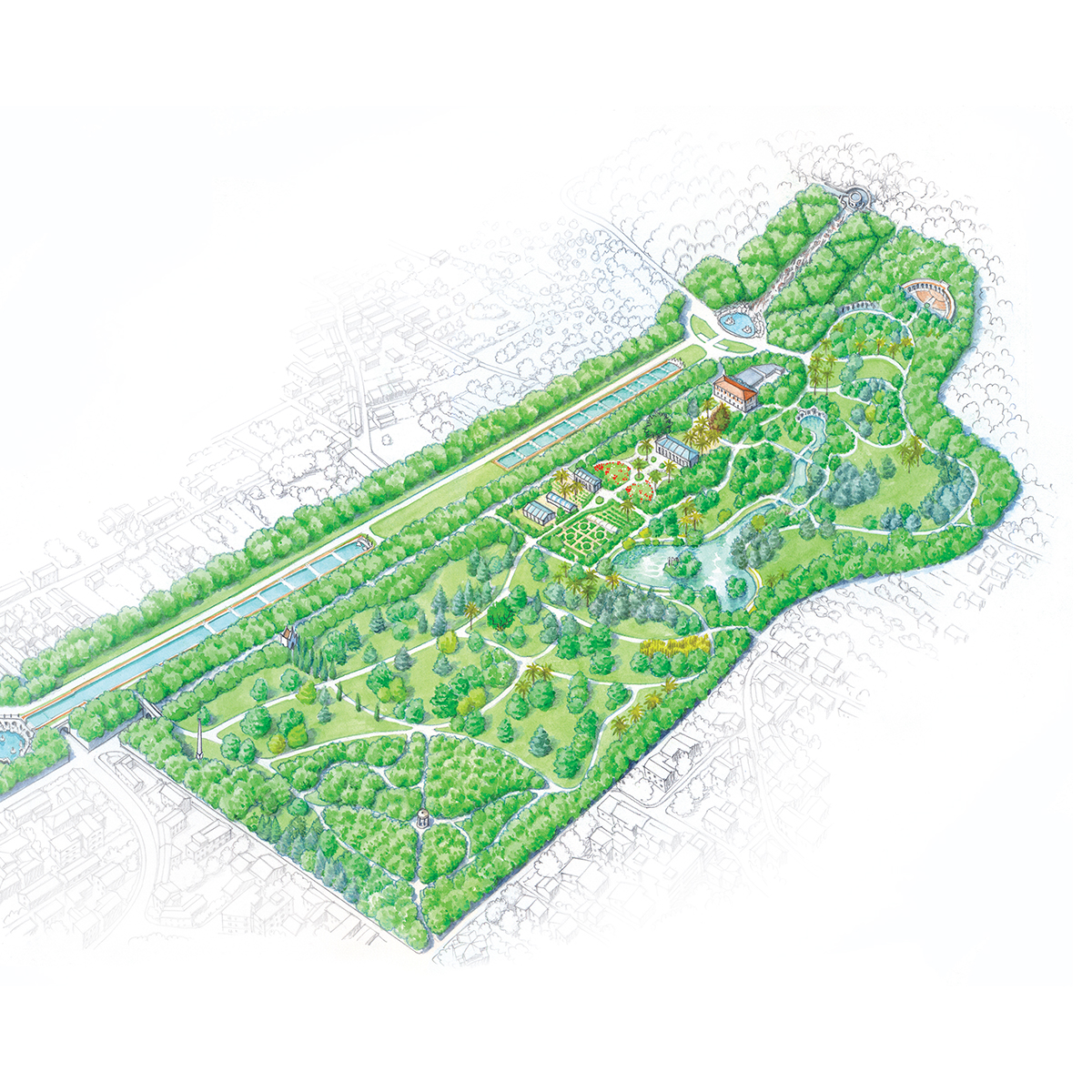 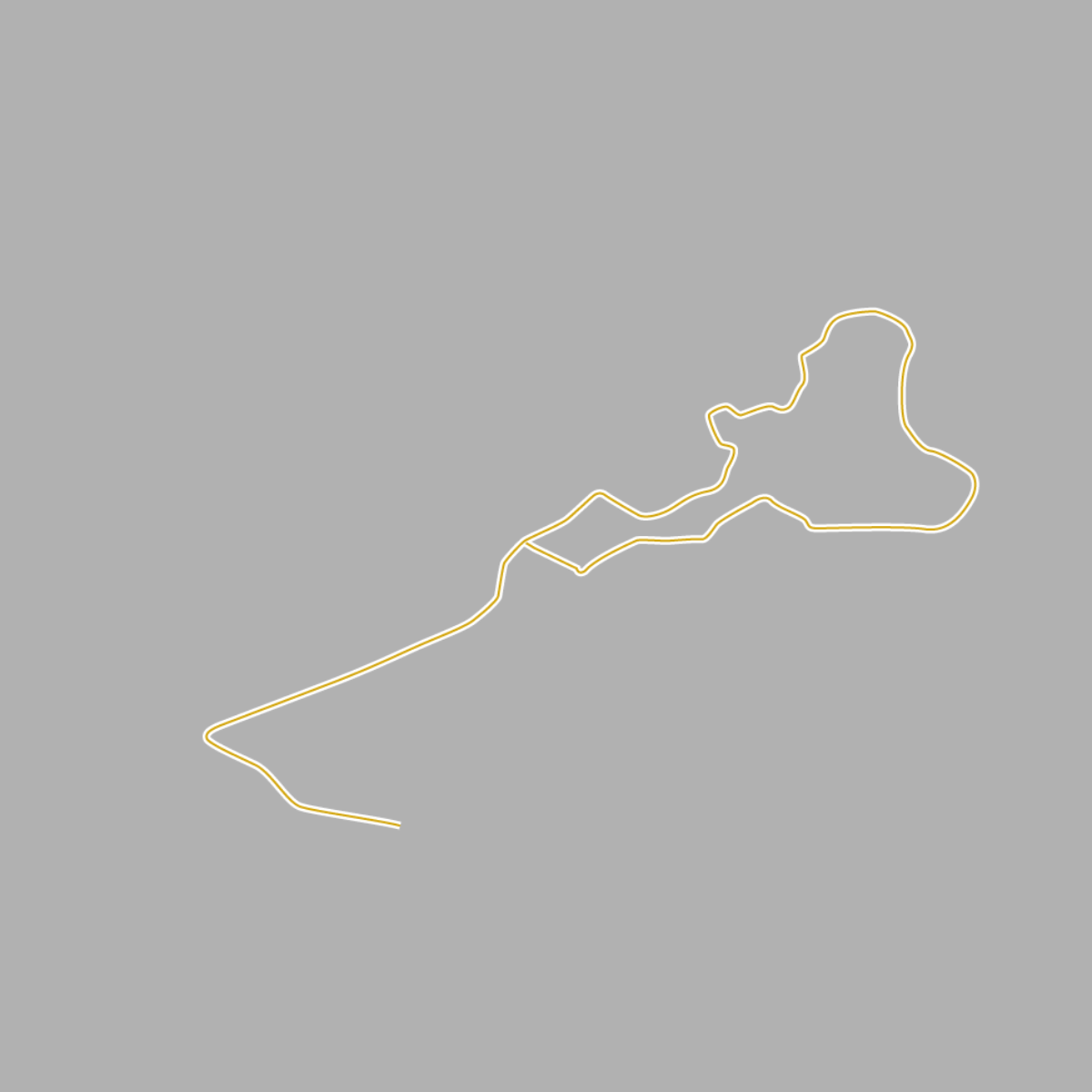 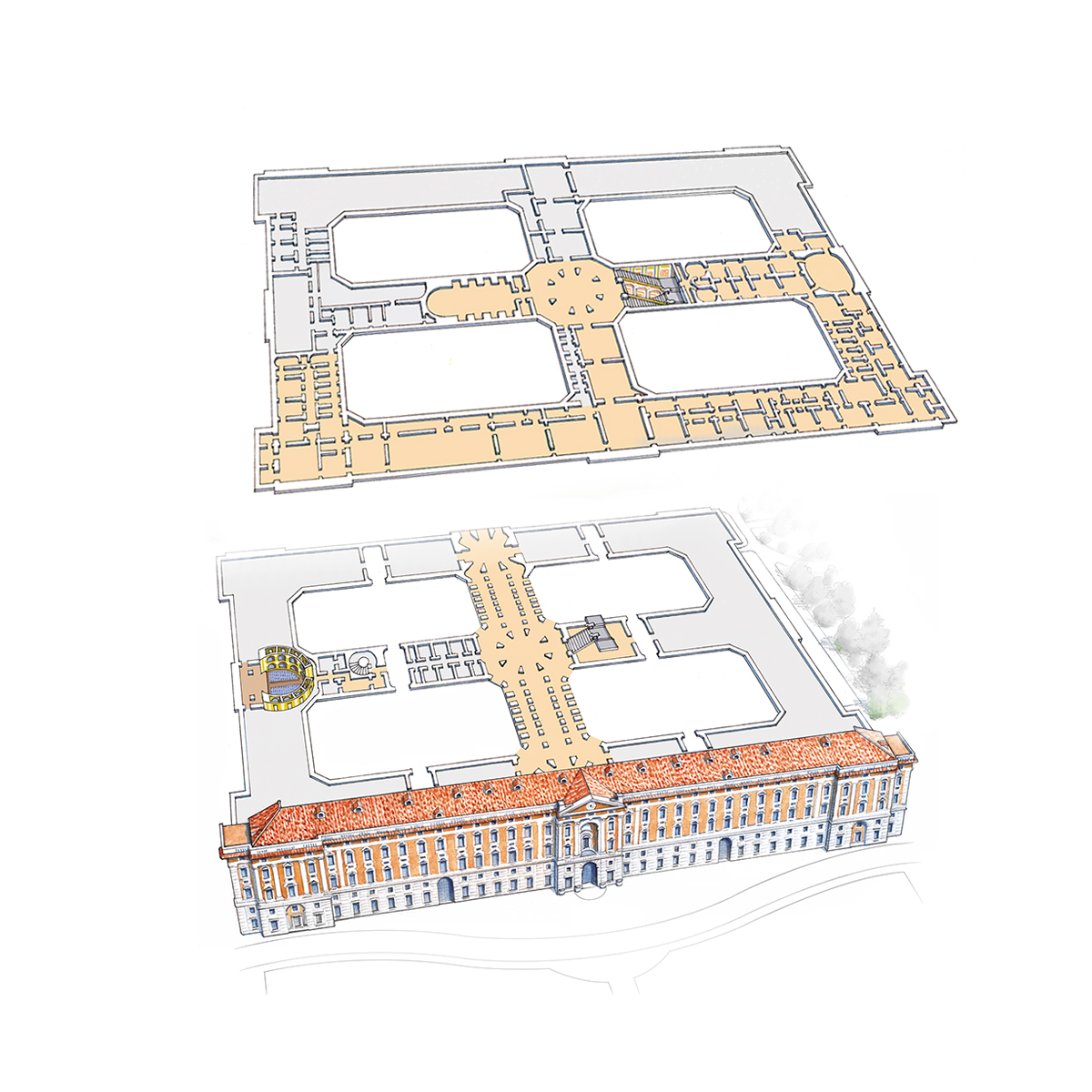